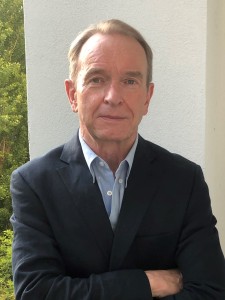 Jens Brockmeier is a professor of psychology at The American University of Paris. He received his degrees in psychology, philosophy, and linguistics/literary theory from the Free University Berlin where he took on his first appointment as assistant professor of epistemology and philosophy of science. Since then, he has held teaching and research appointments at the University of Toronto, The New School New York, and Linacre College Oxford, among others, before he joined the American University of Paris in 2014. His research is concerned with the cultural fabric of mind and language, which he has examined in a variety of cultural contexts and under conditions of health and illness. A paperback edition of his latest book Beyond the Archive: Memory, Narrative, and the Autobiographical Process was published by Oxford University Press in 2018.

Kate Douglas is a Professor in the College of Humanities, Arts and Social Sciences at Flinders University (Australia). She is the author of the forthcoming Children and Biography: Reading and Writing Life Stories (Bloomsbury 2022). Previous publications include Contesting Childhood: Autobiography, Trauma and Memory (Rutgers, 2010) and Life Narratives and Youth Culture: Representation, Agency and Participation (Palgrave, 2016; with Anna Poletti). She is the co-editor (with Ashley Barnwell) of Research Methodologies for Auto/Biography Studies (Routledge 2018); (with Laurie McNeill) of Teaching Lives: Contemporary Pedagogies of Life Narratives (Routledge 2017), (with Kylie Cardell) of Trauma Tales: Auto/biographies of Childhood and Youth (Routledge 2014) and (with Gillian Whitlock) Trauma Texts (Routledge, 2009). Kate is the Head of the Steering committee for the International Auto/Biography Association’s Asia-Pacific chapter, and the series co-editor (with Anna Poletti and John Zuern) of Bloomsbury’s New Directions in Life Narrative.

Saidiya Hartman is the author of Scenes of Subjection: Terror, Slavery, and Self-Making in Nineteenth-Century America (Oxford, 1997); Lose Your Mother: A Journey Along the Atlantic Slave Route (Farrar, Straus & Giroux, 2007) and Wayward Lives, Beautiful Experiments (Norton, 2019). She is currently at work on a new book project, N Folio: An Essay on Narrative and the Archive.  She has published articles on slavery, history and the archive, and black women’s lives, including “The Terrible Beauty of the Slum, ” “Venus in Two Acts,” and “The Belly of the World.”  She was awarded a MacArthur Fellowship in 2019.  She was a Guggenheim Fellow in 2018-2019, and has been a Cullman Fellow at the New York Public Library, a Fulbright Scholar in Ghana, a Whitney Oates Fellow at Princeton University, and a Critical Inquiry Visiting Professor at the University of Chicago. She received her B.A. from Wesleyan University and her Ph.D. from Yale. She has taught at the University of California at Berkeley and is Professor of English and Comparative Literature and Gender Studies at Columbia University.  She is the former director of the Institute for Research on Gender and Sexuality.

Sirpa Kähkönen is a Finnish writer, who has studied history at the University of Helsinki. She constructs her books on a foundation of research, using a range of archive materials, press archives, scholarly studies and literature from that era. She is inspired by the philosophy of history and by the micro-historical research tradition, when she writes about how mindsets arise and how intangible heritage circulates in families and societies. Kähkönen was born in the city of Kuopio, among the lakes of Eastern Finland. Her parents and extended family had been severely affected by events of 20th-century history. The Finnish Civil War in 1918 and the Second World War had scarred her relatives, leaving behind heavy silences and words left unsaid. Surveying that silence became her work. This intellectual curiosity expanded from her personal sphere to encompass first Finnish history, then the history of Europe and finally more generally the fate of the individual in times of crisis.

The historical novel begins where the sources end. It opens the gates to an eidetic experience of the past. Kähkönen’s Kuopio-series consists of seven novels. In addition she has written one novel and two fact-books, and contributed also to academic anthologies on war history. Currently she is the chair of Finnish Writers’s Society (Kirjailijaliitto) and has also been the Chair of Finnish PEN-society.
Photo: Tommi Tuomi

The International AutoBiography Association (IABA) is an interdisciplinary international group founded in 1999 to create a way for researchers and cultural producers in the field of biography, autobiography and life writing to share their work. The research centre SELMA will be hosting IABA’s twelfth world conference in June 2022 in Turku, Finland.